Of Squirrels and Men One of the brilliant developments we parents undergo is how we learn to identify the sounds our children make, learn to recognize their cries or laughter in a crowd of crying or laughing children, learn to hear only their voice over the radio or record player. It’s a bit like the penguins recognizing their mate in a crowd of ostensibly identical species. Or like, well if I knew anything at all about any other animal species, I would provide additional analogies.

Before language comes, we learn to communicate and comprehend the grunts and giggles, learn to interpret different cries, etc. Even with language, we understand their half-formed words, think them perfectly articulate, when no one else can understand a damn thing they say.

We learn to listen in those key moments after a thud or a boom to gauge the severity of the situation from another room. Judging just with our ears what exactly caused the noise and whether or not we’re needed. Are tears coming? Is the child still breathing? And we learn to identify the sound of our child’s footsteps across a bedroom floor or as they approach our closed bedroom door. Learn to map where they’re heading in our mind based only on volume and perhaps the pitch of their feet on the floorboards.

There are some firsts that surprise and alarm, of course. Like the first time Jackson, and then more recently Noah, flipped himself out of his crib. Each of those initial crash landings were unidentifiable noises. We assumed there was a break in or a tree had fallen and approached the source of the noise slowly, perhaps armed with a bat or kitchen implement. Man oh man, the sight of each of those boys, looking somewhat like the Pultergeist child, stunned and amazed, freshly freed from what each had thought was an inescapable cage, wondering if were were going to punish him or praise him, is an image a parent doesn’t quickly forget.

But by and large, what I’m trying to get at is that I know the sounds my kids make.

Well, imagine my alarm this morning at around 5am when I heard what sounded like the two of them running not from their room, not down the stairs, not into the kitchen, but across the very roof just above my head. And man were they running fast.
“Jesus,” I cried and bolted upright from my heavy slumber and a strange dream involving a bottomless bowl of pasta fagioli soup. “They’re on the roof!”
“Easy, DB,” Sarah soothed without rolling over. “It’s just the squirrels.”
“The squirrels?”
“The squirrels.” And back she went to sleep.
I was up for good, though, adrenaline now raging, trying to shake the image of my boys playing tag on the roof and ultimately off the roof. I peered out the window of the dormer in the magical house we’re swapping 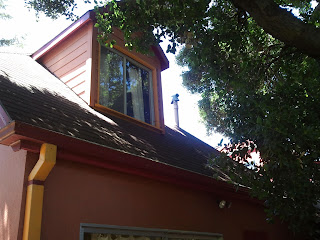 and, sure enough, two little squirrels were chasing each other madly around the massive trunk of the live oak in our backyard. They were playing a similar game my crazy boys now play, but they definitely were not my kids. Sarah was once again right. They were squirrels. 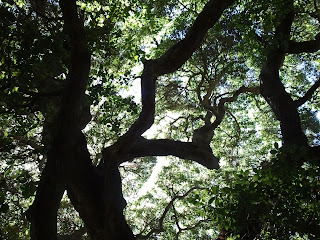 This was my second run in with the furry little rats this week. See it’s plum season here in Berkeley, and plum trees are everywhere. They’re often growing on sidewalks and leaning out over fences. And most of the trees are small, they are right at head level. So we walk around and pick and then suck down those tangy little beauties. 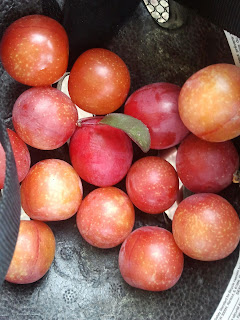 Well, a few days ago, I was walking down a block that was practically a plum orchard. As I passed a tree full of ripe fruit a squirrel jumped from one branch about a foot from my face right at me. 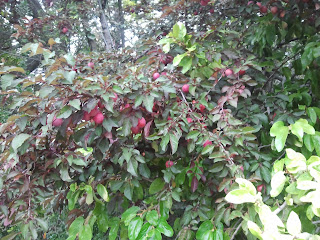 Holy hell. I flinched, hollered “look out!” and nearly fell over. The squirrel was of course just jumping to another branch, and so was still hidden from all the many onlookers (and their were quite a few coming toward me). Lost in the purple leaves, the squirrel feasted on another plum. I was recovering slow. And then had to walk by the approaching crowd deciding whether or not to a) explain b) warn them or c) flinch and grunt again. I chose the harder option and just smiled, nodded the head and said “hi, how we doing today?” They did their own bit of flinching as I past. But maybe that was due to my mustache, which to everyone’s chagrin (except maybe those bushy little critters) is really coming in nicely. 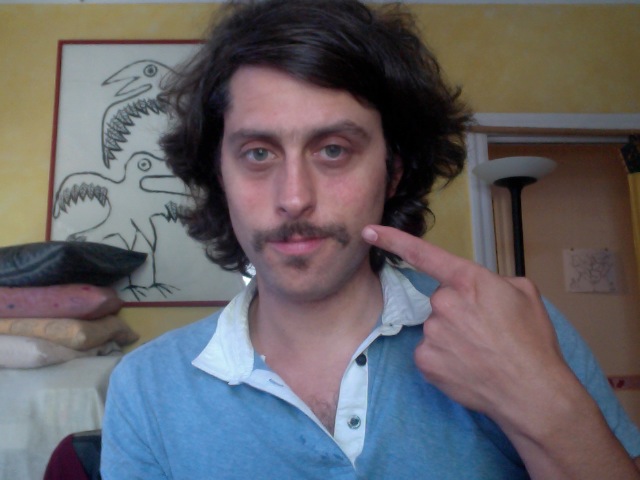 Chin Up,
David
(note: I’ll be playing the first of my vinyl release shows at Berkeley’s Freight and Salvage next Thurs July 11. Then Hotel Cafe in LA on July 12. Boston release at Passim on July 25. Philly release at the Tin Angel on July 26. And NYC at Rockwood II on July 27. Full tour at www.davidberkeley.com/#tour. Vinyl and new t-shirts, aprons and screen print posters avail super soon.)