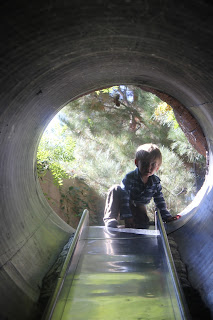 Like the vast majority of you, assuming I know my readers, which one must assume when one writes, I’ve been pretty taken by this recent full moon. Living out here in the desert–as I do, though many of you don’t, again assuming a certain reader knowledge–without a whole lot of light or noise pollution (apart from that house across the arroyo from us where it appears some teenagers are home alone between the hours of 6pm and 9pm and thus sit on their roof blasting strange minimalist techno and no doubt ingesting or inhaling various il- or semi-legal substances) the moon has been, well rather intense of late. Even after or during some of our night storms, it fights its way through the cloud cover and silvers the cactus and lavender. So I’ve been out there, with the boys if they’re still awake, dancing like Irishmen when the bars close (not an expression, so don’t use it) or standing around a cauldron chanting or working on how to properly howl (look here for a ten step guide). Still something has been nagging me, and, since I know you so well, I assume it’s been nagging you too: What the hell is a Blue Moon?

I’ve never claimed to know a whole lot about the stars. And the moon, it seems is even more fickle and mysterious lover. Go ahead, search for a book on lunar cycles and orbits. If you find one, please send it via media mail to PO Box 8642, Santa Fe, NM 87505. But here’s what I remembered about the Blue Moon. It’s the fourth full moon in a season or the second in a month. These are rare events, as the lunar cycle is about 30 days. So unless it’s one of the long months and the moon was full on the first day of that month, we aren’t going to see two whole hogs on that calendar page. And given that the year is roughly 365 days and we have four seasons of, I’m assuming, fairly similar length. We’re looking at a season of about 116 days +/- (by the way, I recently was driving through NM and saw a sign that read “5,236 +/- acres for sale.” That’s the kind of sign you wouldn’t see in most habitable states.) So if a season is 116 days, and a lunar cycle is 30, we’re going to be hard pressed to fit 4 full moons in there. Do the math. So I have to assume the lunar cycle isn’t exactly 30 days. Like maybe it’s more like 29? And I take it that the seasons aren’t totally equal. I learned this from osmosis as Sarah was trying to decipher Ptolemy so she could teach it. Yes, teach it. Are you still with me dear reader? The point is, we have to work the numbers so they’re close enough so that on that rare and beautiful occasion, we can pack 4 full moons into a season. OK? Ok.

But here’s the rub. If we’re going to get a fourth or Blue Moon in there, it’s going to have to be the very end of the season. Right? I know about seasons’ ends, as my birthday is Sept 22nd. And that’s the last day of summer. So if we were going to have a Blue Moon this summer, shouldn’t it come on my birthday or thereabout? Aren’t we going to get another full moon before summer’s end? Shouldn’t that one be the blue one? And this is what’s bothering me…what’s bothering us, I should say. And I’m looking for some explanations. I’m looking for some answers. Why was this past one the Blue Moon. Why isn’t the next one the Blue Moon?

Look, for a long while I’ve been thinking that a lot of science is soft. You know people call certain realms of science “soft science.” Like anthropology gets that moniker on occasion. And it’s not meant kindly. Not like you’d say, wow your skin is so soft. Soft here is meant to be weak. But I kind of think all science is soft. Our explanations for most things don’t totally work. But they work well enough, and so most of us just accept it. It’s like the old brick wall. Our eyes see a brick wall and our brains fill in all the bricks. You could sub out a couple bricks for say a couple sirloin steaks and most of us wouldn’t notice. Same thing with science. Give us a mostly correct explanations and the vast majority of us (though not actually you and me) will go along with it. To hell with how it all began. It’s enough to explain how it’s going. Right?

More on this and other matters soon.
I remain,
David
(oh, by the way, Noah just shoved a toy car up our car’s tail pipe. Yes. Now I’m heading to back down a steep hill to try to dislodge it. And if that doesn’t work, I’m going to try accelerating super fast. And if that doesn’t work, I’ll wait for the next full moon (the actual blue moon), and hope that like the tides, it pulls on that toy car a little more than it pulls on our big our big car. Incidentally, the pic at the top is not Noah looking into our tail pipe. Nor does it have to do with the moon. I know this. So do you.)