The Road to Il Signore and a New Album 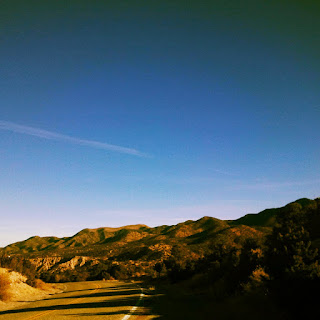 When we were in Corsica, Sarah and I did an amazing hike up to an old crumbling watchtower over the Mediterranean. It was steep and hot and super exposed to the sun and wind. And when we got to the top of the tower, we leaned out over a sheer drop of a few hundred meters to the rocky coast below. When we returned, we bought beers from an old Corsican vendor. He asked us how the road was. “Beautiful, long and hard,” I said in bad French. He nodded knowingly. “Like the road to Il Signore,” he told us, pointing to the sky. I had no idea what he meant at the time, but that didn’t stop me from saying it as much as possible. I still say it. I just said it.

This road pictured above is the road to the studio of Mr. Jono Manson, the first man I met when moving to fair Santa Fe. He also turns out to basically be the godfather of the Santa Fe music scene (and that’s what I call him: “the godfather of the Santa Fe Music scene), so he was a good person to meet. A great musician and a better man, he also has this fantastic recording studio in the wilds above Santa Fe. The “town” it is in is called Chupadero. Probably not on most maps. Probably not on your fancy “GPS” systems. And the road to get there reminds me a lot of the roads we drove in Corsica, particularly at night when the stars are everywhere–and I mean everywhere, like down to the horizon line, or horizon lines I should say, as I can see clear out to the east and west.

I’m up here working on a new album. It’s a mini album, actually. 8 songs. The perfect length of vinyl, which I will print in the new year. For now, we’re going to release it on CD to fans only (well, I might be willing to sell it to non-fans, I suppose) in time for the holidays, of course. It’s going to be called “The Fire in my Head,” and the whole thing was recorded in 2 days. I did some percussion and harmonies at home, and then we mixed it (or are mixing it) in another couple.

The project wasn’t thought out at all. In fact, had you asked me around say Day 35 of the 100 skies series (that’s 12 days ago, if you don’t have the sky calendar on your wall), I would have said, “album, what album?” Literally, that’s exactly what I would have said. But Bill and Jordan decided to stop in for a visit after being on the road with Brother Ali for a couple months. They needed to detox in the desert, eat some porridge, some green chile, commune with the coyotes, put sage brush in their hair, you know. But they also are workhorses. And we love playing music together. So we rang up Jono to see if we might be able to record a few songs in his place. Being the righteous man he is (see above), he said “absolutely.” That’s exactly what he said: “absolutely.”

We intended to just do four tunes, stripped way back. Just guitars, banjo, trumpet and voice. But there is some magic up here in Chupadero. And Jono is a beast at the board (that’s my title for him in fact: “beast at the board,” and he knows how to get sounds and keep the flow. He also has a great old wurlitzer and an organ and some amazing sounding drums. So the little EP turned into 8 songs that were all done live but were then beefed somewhat with various keys parts and percussion and harmonies.

I have spent anywhere from 2-12 months (sic.) and a lot of mental energy and money on all my previous records. I’m proud of them all. They remain as seasons of my life. But this one was done in under 2 weeks for basically peanuts. (Literally, that’s how Jono gets paid.) Virtually no pre-production went in. In fact, no pre-preproduction went in. We learned and rehearsed the tunes a few times and then hit record. One of the songs on the record (I’ll let you guess which) was actually the first and only take we did. And apart from one of the songs (I’ll let you guess which), where for some reason I couldn’t play the damn guitar part I wrote, all the songs were tracked in only a couple takes, and the performances you will hear are what we played. Virtually no fancy editing. Hardly any rides. No comped vocal takes. We didn’t have the time to do any of that, let alone the interest.

We are finishing the mix as I type. My man Roger Seibel in Phoenix will master it on Tuesday. Art is being generated in New Orleans today. And the baby will be out and ready in a few weeks (fingers crossed).

And so to get back to the mission at hand, the picture above is where I’m working. It’s what I step out into when we take a break (and we only have had time for a couple breaks). It’s breathtaking and inspiring. And it feels like we’re close to il signore. That’s a good thing, I believe. And I think it will come across in the music.