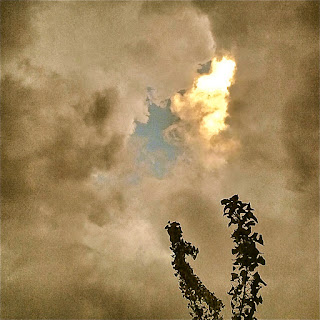 Okay, I was more aware of the sky when I was little. Not real little, of course, but medium little. I guess that’s just medium. That is, excluding this late and great resurgence, if anyone asked, which no one ever did, I’d say my sky awareness peaked around 15. It probably stayed high through my early 20s, and then it began to taper. Up until our move to New Mexico, I think my interest in the sky could be described by a bell curve, although I guess the decline would be more gradual than the rise, kind of like if the bell curve was working against a stiff wind. I could probably name a lot of things that would map similarly, though the peak might have come at a younger age and the decline would be more vertical. Actually full on vertical. Professional wrestling. Sega NHL hockey. String cheese. Jet skis. Cheryl Tiegs. Skoal dipping tobacco. The J Geils Band. Just to name a few.

When I first remember noticing the stars, because it was really the night sky that first dazzled me, I was 14 or 15, near the Pennsylvania-New Jersey border, and having what I think was my first philosophic conversation with a friend named Jason Stein. I wish I had the audio here to link up for I’m sure it would now be mortifying. But at the time, it felt world shattering.

Questions that had never even disturbed the surface, suddenly altered how I saw everything. Oddly, it seemed like these questions had been brewing and churning for my entire life. One led into another, into another, into another. And somehow, they all linked up with the vastness of the sky above, with all the thousands of stars we were staring up at, with the thrilling and terrifying notion that we were specks on the skin of a speck spinning and racing through space.

Once I considered this, and a host of other confusing realities, I think my life did change forever. Some kind of veil was removed, and a certain new clarity (or greater awareness of our confusion) was gained. And in some ways, that has not reduced. But the awe, both of the great questions and the great sky, has. And the frequency with which I think about that reality has gone down. It’s hard to keep your eye on the ball with your head in the stars. And most of us are taught that there are “more important things” we must pay attention to. So the stars don’t seem quite as bright as they used to. Some of that is light and air pollution, for sure. But much is mental pollution, a relative numbness that spreads as we grow older and more cynical, as we stop asking as much, as we stop looking up as much.

So here I am at day 25 of the 100skies series, and I am pleased to say that some of the wonder is returning. Some of that sense of the miraculous in the moment, every moment, is coming back. And I have a feeling that if I am not aware of what is around me, what is above me, I may well miss something stunning. And this is true.

New Mexico is the first place I’ve lived for an extended period of time that doesn’t border the ocean or a great sea (or at least where I can’t get to the coast in at most a handful of hours). I thought I’d miss being able to look out on something endless. I do, of course, miss the water. But I do look out on something endless. The greatest endlessness, in fact, the only endlessness is above (or below) us. And she’s there at all times, wherever we live and look out, be it the desert or the city, be it through teenage eyes or spectacles.